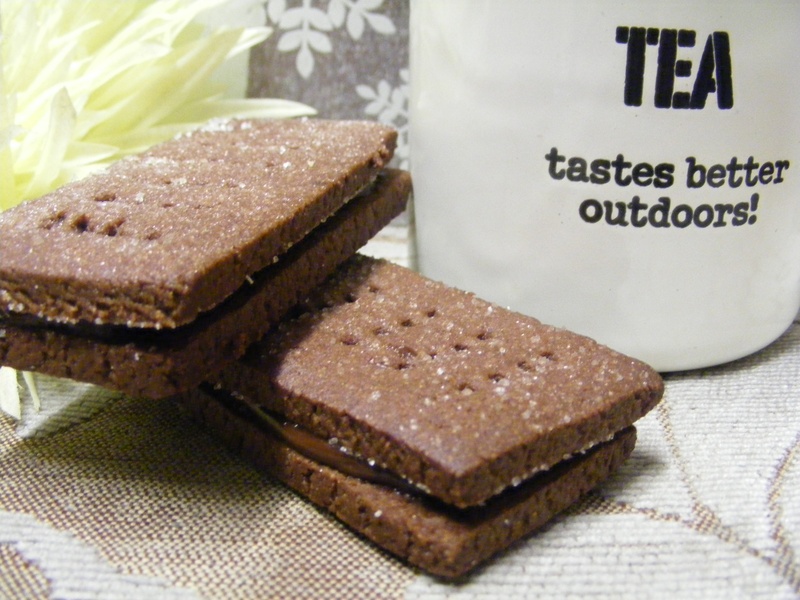 I cannot imagine anything more British than sitting with your feet up on the sofa, watching slushy soap operas with a steaming mug of tea and a biscuit or three and these traditional Bourbon biscuits fit the bill perfectly, the only decision that has to be made is whether to dunk or not to dunk…..

Bourbon biscuits (or Bourbon creams) originated in Bermondsey, London in 1910 and were called Creola biscuits by their manufacturer Peek Frean’s & CO of London who also introduced that other British institution the Garibaldi biscuit (or Dead/squashed Fly biscuits as they were affectionately known). Peek Frean’s also made the wedding cake for Queen Elizabeth II and Prince Phillip in 1947 which reached nearly two meters or six feet in height complete with the crowning glory of a metal Knight.

The factory was the first mass producer of biscuits but unfortunately closed in 1989 although they were also responsible for the manufacture of that mainstay of parties the extra scrummy Twiglet before they closed their doors for good after selling out to the US giant Kraft.

They might be made now by our Trans Atlantic cousins but they will never get confused with a cookie and will remain the mainstay of a good old cuppa….

About two tablespoons of milk

For the filling- Ganache

1 knob butter about the size of a walnut

Preheat the oven to 180c, 160 for fan ovens or Gas 4 and Line a baking sheet with non stick baking paper.

Cream together the butter and brown sugar until light and fluffy. Beat in the golden syrup, then sift in the flour, cocoa, salt and bicarbonate of soda and beat to combine. Add a little milk, a teaspoon at a time, until a soft, even dough is formed.

Turn the dough onto a floured surface and knead for about one minute. Roll into a rectangle about 3mm thick then cut into 24 even rectangles, approx. 5cm x 3cm. Dot holes into the dough with the end of a fork (or any other pattern you like), then sprinkle half of the biscuits with the granulated sugar and transfer to your prepared baking sheet. 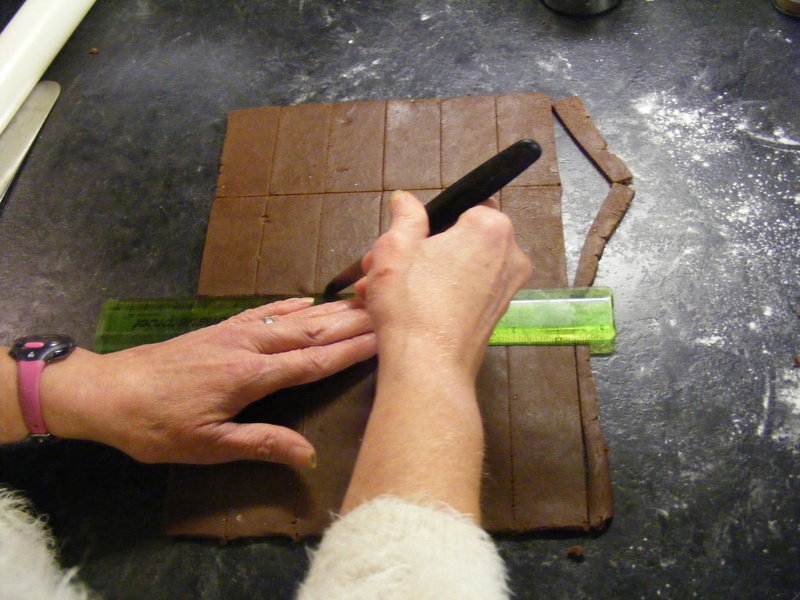 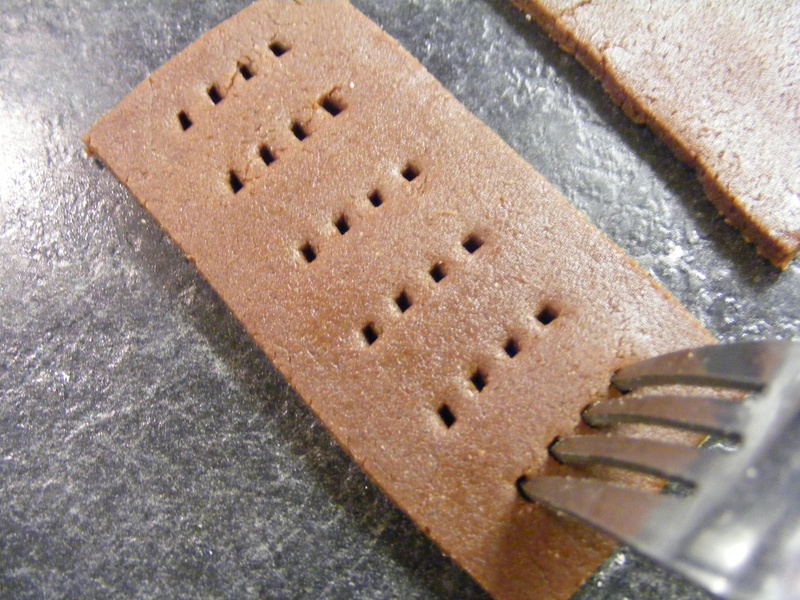 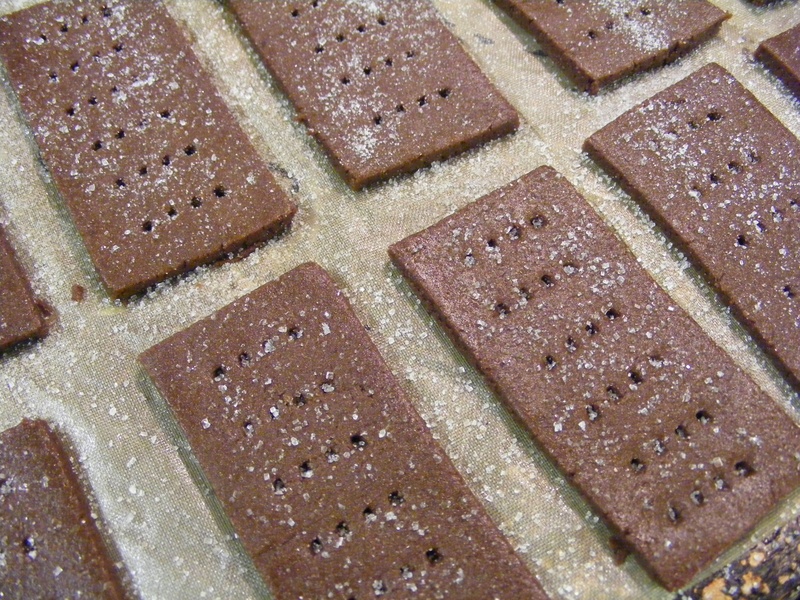 Bake for 8 – 10 minutes, then remove from the oven and transfer to a wire rack to cool.

For the filling- Ganache 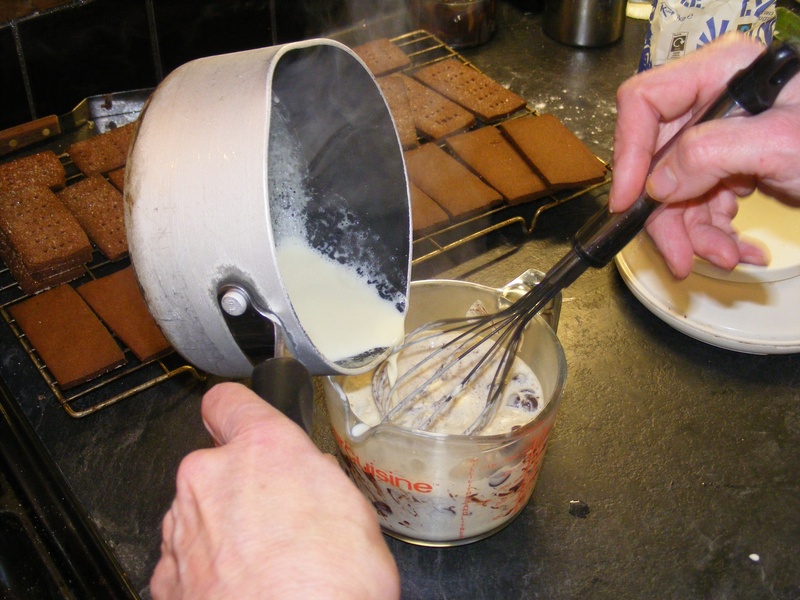 To assemble the biscuits, take a heaped teaspoon of chocolate ganache and spread over the underside of one of the ‘un’sugared biscuits, smoothing equally right to the edge then sandwiching together with a second sugar topped biscuit. Repeat until all your biscuits are filled, leave them to set completely then store in an airtight container.

Now put your feet up, tune into ‘Corrie’ or Eastender’s and practice the triple dunk method with a mug of your favorite brew….

Categories: Chocolate... chocolate and more chocolate!, Biscuits and Cookies, A blast from the past.... old fashioned recipes with a modern twist!