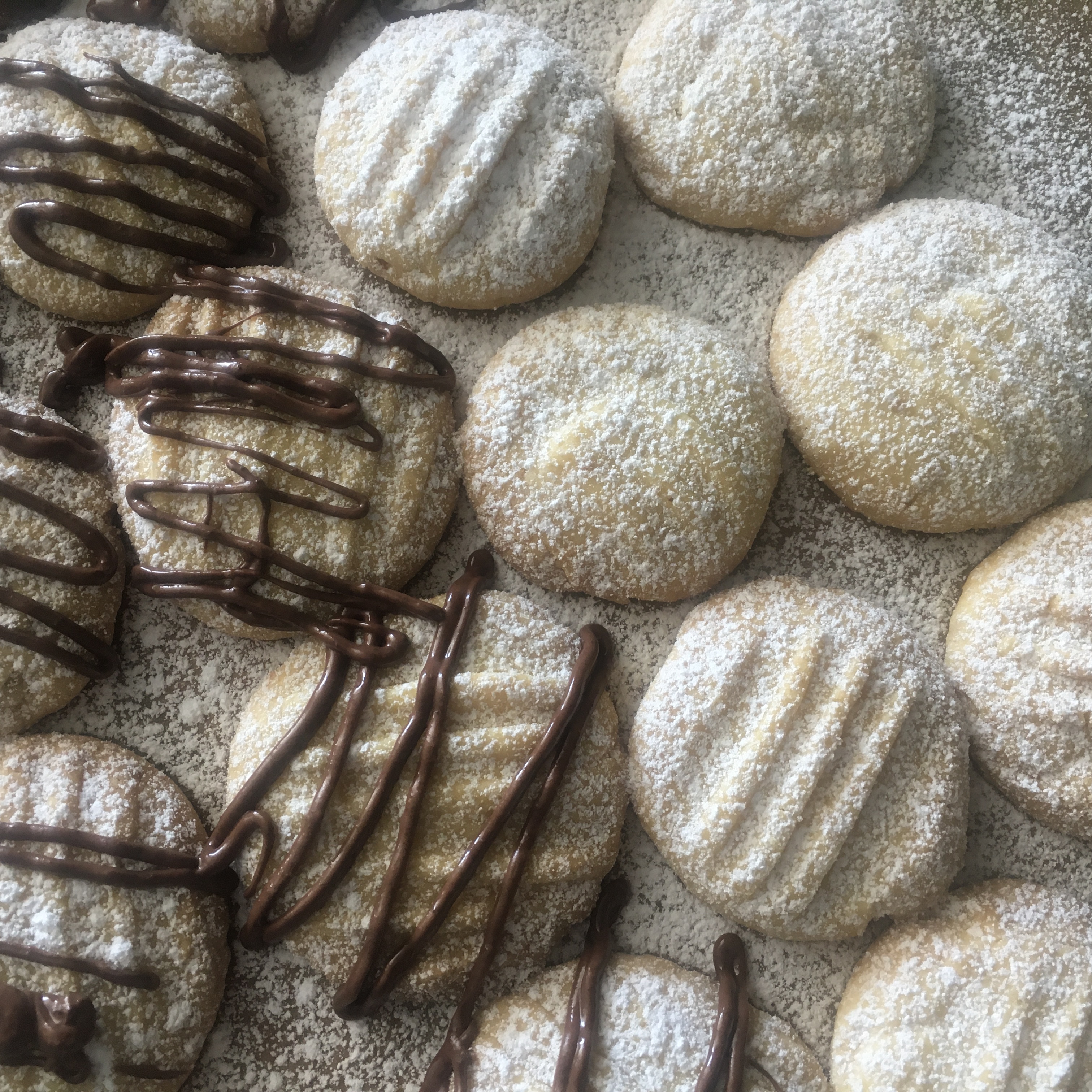 When I was in Junior school in Aldershot, Hampshire, I used to bake cakes and cookies and fry chips, selling them for a few pence to the neighbourhood kids... all whilst my parents were at work! I was so frightened of setting the house on fire that I never cooked the chips fully, they were barely brown, mostly hard but drenched in salt and vinegar and sold in a newspaper cones, made me quite a bit of money. I also used to bake these utterly delicious and simple biscuits, one of the first things I ever learnt to bake in Home Economic lessons. Light as a feather, they literally melt in the mouth ❤️

Preheat the oven to 160c for a fan oven or 180c regular oven. Grease or line 2 large baking trays

Place the icing sugar, salt, vanilla essence and butter in a large bowl and beat until the mixture is soft and creamy. Add the flour and cornflour and mix together to form a stiff dough - you might find it easier to add it in two lots.

Form the mixture into a long sausage ( use clingfilm to make it easier) and cut into 30 even sized pieces. Place on the prepared baking trays , squash down a little then use a fork dipped in flour to press a pattern in the tops, bake in the oven for 15-20 minutes or until the biscuits are a light golden brown and crisp.

If after leaving them to cool they are still soft just pop back into the oven for up to 5 minutes more. You want the cooled biscuits to be crisp and dry, not soft and doughy